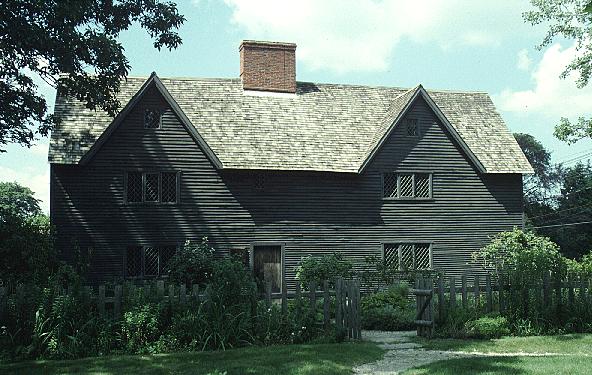 Owned and maintained by the Ipswich (Mass.) Historical Society, the original house was built before 1650 (possibly as early as 1638 by John Fawn), then sold to John Whipple "the Elder." The house grew in size, as did the generations of Whipples that lived there. Elder John's son, Captain John [Note: This is not the same person as Captain John Whipple of Dorchester, Mass., and Providence, R.I.] made a large addition in 1670, which more than doubled the size of the house. The next Whipple generation was Major John Whipple, who added a lean-to of considerable size at the back, completing the house's present-day form. (Source: Hugh Morrison, Early American Architecture from the First Colonial Settlements to the National Period [New York, Oxford University Press, 1952], pp. 54-55.)